Tämä on muuten myös tämän blogin sarjis numero 100!
By the way, this is also the comic number 100 of this blog! 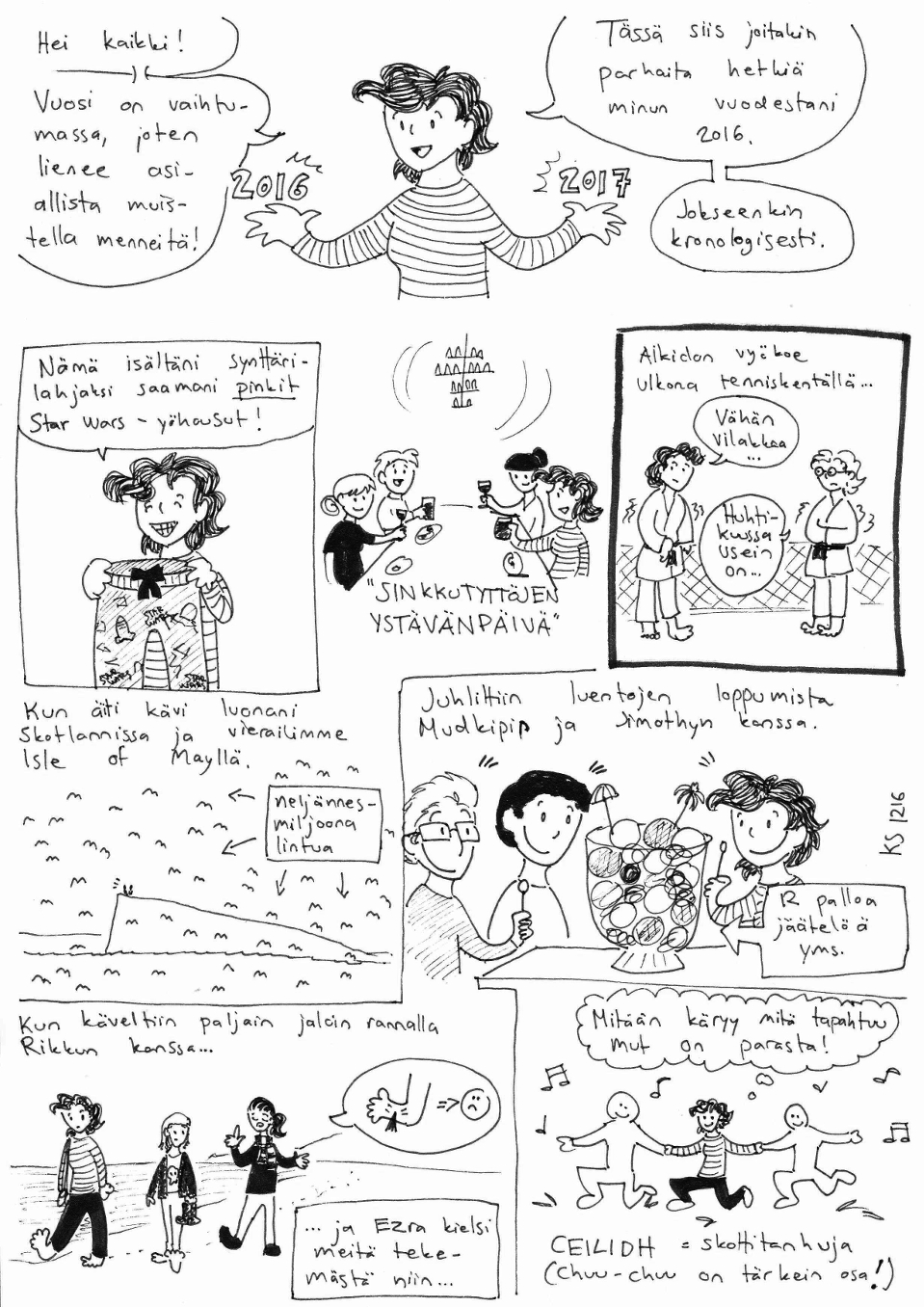 “Hi all! The year is coming to its end so I think it’s time to look back in time! Here are some of my best moments of 2016. More or less chronologically.” //
“These PINK Star Wars pyjama pants my dad gave me as a birthday present!” //
Single girls’ Valentine’s day //
Aikido grading outdoors on a tennis court. “A bit chilly…” “Often is in April…” //
My mother came to see me in Scotland and we visited the Isle of May (a quarter million birds) //
Celebrating the ending of lectures with Mudkip and Jimothy (12 scoops of ice cream etc.) //
Walking bare footed on beach with Rikku …and Ezra telling us not to do so… //
Ceilich = Scottish dancing. “No idea what’s going on but so much fun!” (Chuu-chuu is the most important part!) 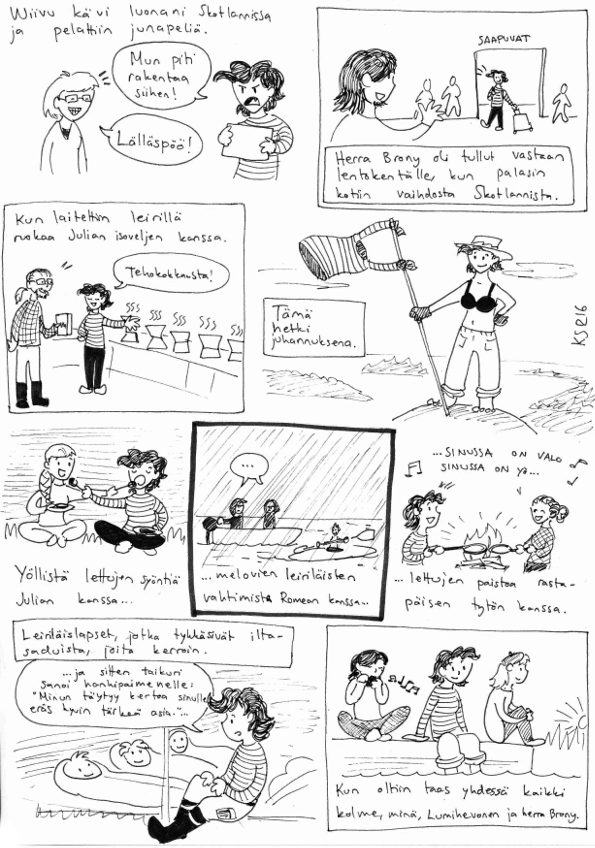 Wiivu visited me in Scotland and we played train game. “I was going to build there!” “Haw haw!” //
Mr. Brony had come to see me at the airport when I came back home from Scotland. //
Cooking on a camp with Julia’s big brother. “Super cooking!” //
This moment in Midsummer. //
Eating pancakes with Julia in the middle of the night… //
…watching paddling camper kids with Romeo… //
…making pancakes with the girl with dreadlocks (singing a Finnish pop song) //
The kids on the camps liked the bedtime stories I told them. “…and then the magician said to the goose herder, ‘There is something very important I have to tell you.”… //
When the three of us were together again, me, Snowhorse and Mr. Brony. 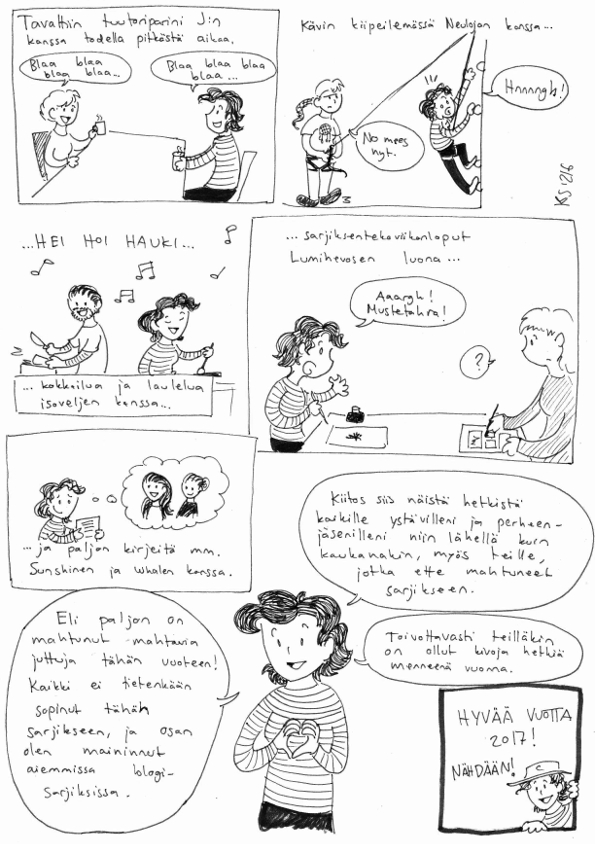 Meeting my tutor partner J after a very long time. //
Climbing with Knitter… “Go on now.” //
…cooking and singing with my big brother… (another Finnish pop song) //
…comic-making weekends with Snowhorse… “Aaargh! I spilled ink!” //
…and writing lots of letters with Sunshine, Whale and many others. //
“So, there have been lots of good things in this year. Of course everything didn’t fit into this comic, and I’ve mentioned many things in previous comics.” //
“So thanks to all my friends and family members both near and far away, also you who didn’t make it into this comic! I hope you’ve had nice moments in the past year.” //
HAPPY NEW YEAR 2017! SEE YOU! 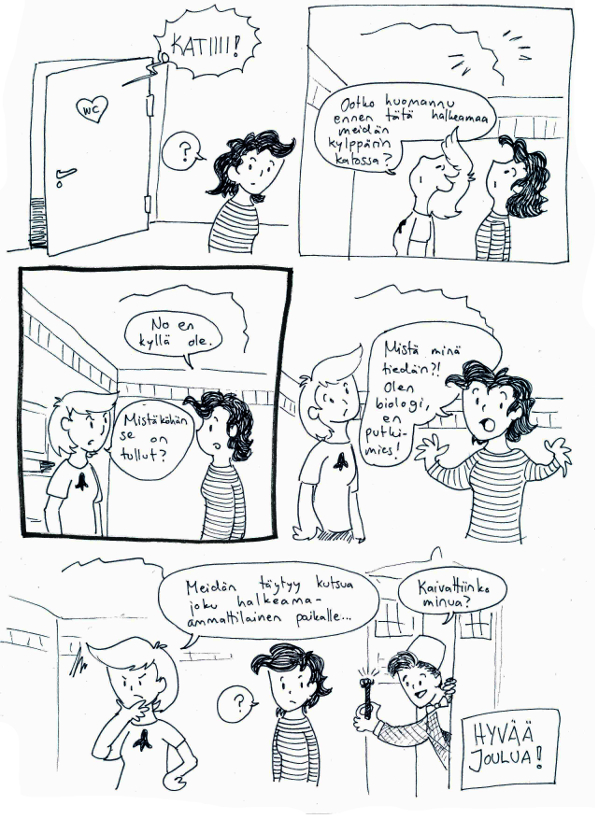 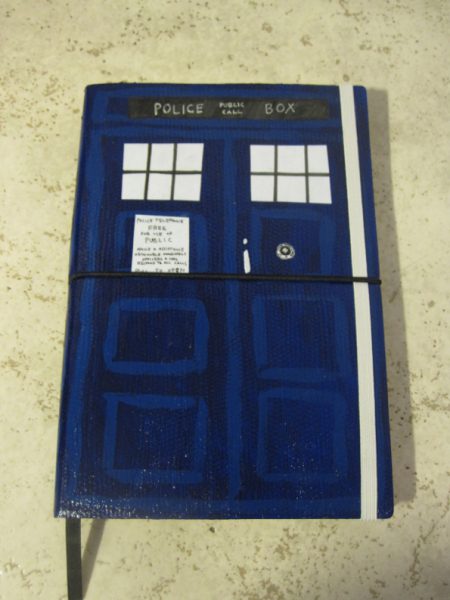 Doctor Who and the TARDIS (c) BBC

Dad called. ”Have you find yourself that prince yet?” //
”Nope. I’ve been looking for one but all I’ve found has been frogs.” //
”Bwahahahahaha!” ”Well, I am a biologist…”